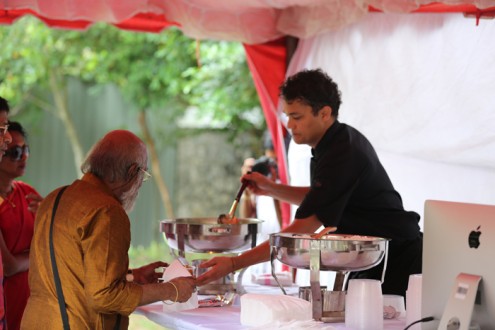 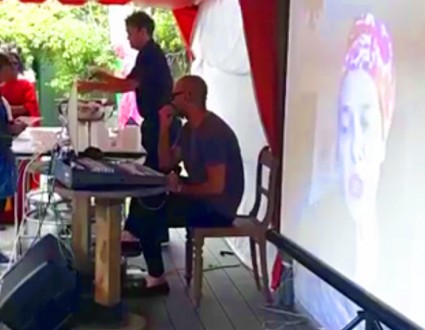 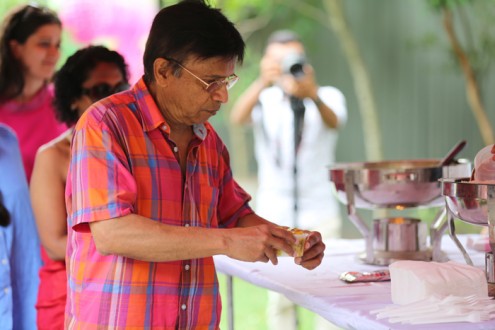 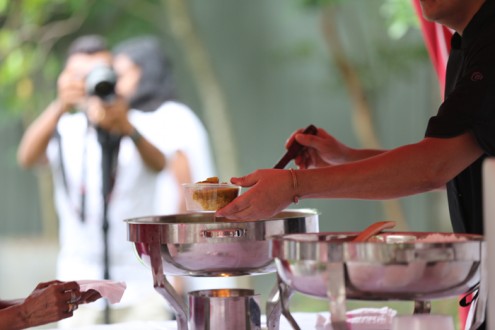 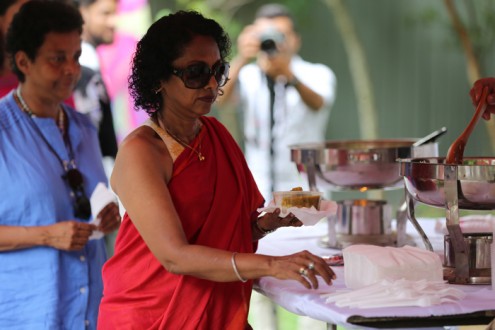 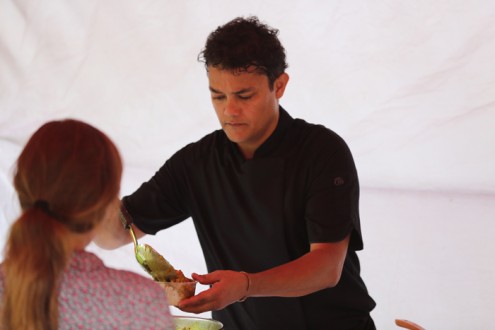 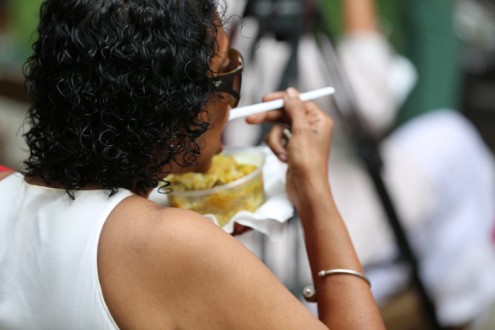 Conference contributors
Françoise Vergès, lecturer in politics and writer (Making a Skype Talk from Paris during the performance) ;
Jean-François Boclé, visual artist (serving the colombo after having cooked it during one day- before the performance-) ;
Madeleine Filippi and Rajesh Punj, art critic and curator (curatorial text given to the public).


Curatorial text distributed to the public during the performance
Colombo IN Colombo is a performance led by artist Jean-François Boclé as a laboured love of cooking, with the added intention of influencing people of various cultures across continents to engage in a series of interrelated conversations as the basis for a conference. That draws attention to the coloniality of the cuisine and its individual ingredients. Initiating a perishable performance as part of the opening of the Biennale, Boclé uses its setting and the city’s geographical juncture to explore how the island mirrors something of the social history and politics of the artist’s place of birth in Martinique, and the diaspora of Caribbean islands beyond. From where Boclé, under the influence of French academic Françoise Vergès - grew in La Réunion and Algeria -, wishes to cook a native dish to Martinique and Guadeloupe called Colombo, a Creole Chicken Curry. The origins of which lies with the Sri Lankans, who were historically shipped to the French West Indies in the late 19th and early 20th century to work on the vast reserves of sugar plantations, and bought curry powder with them.    In deciding to cultivate and culture the dish as a performative piece on an unprecedented scale (with the artist wishing to cook for as many as one hundred to one hundred and fifty people, over the course of one day), Boclé investigates the origins of our culinary palette as evidence of historical economic and social movement, manufactured and maintained by generations of people. As a measure of how such civil and celebratory characteristic of one’s culture, including our choice of cuisine, language and dress code come to distinguish us; and have been disseminated across countries and continents as the substance of our soul. Cooking intensely for a specific period of time to a predetermined menu for a participatory audience, Boclé wants to suffer the labour of attempting to cook for the public as an act of recognition and reciprocity; in order that he can trigger his invited audience into a positive and problematic debate about the coloniality of the contents of the curry that they are being served. As this specific dish is Boclé’s attempt to acknowledge the heavy history of slavery that once connected Martinique with Sri Lanka. And of how such basic elements and indulgences are intrinsically affected by our collective histories. Crucially Boclé’s participatory performance is part of an initiative of seeking to understand colonialism as the common history between the islands Sri Lanka, Martinique and Guadeloupe. Indeed by involving his audience and critical colleagues, Jean François Boclé endeavours to challenge the codes of conferencing. Inviting the academic Françoise Vergès, whose work focuses on colonial slavery, postcolonial issues and the phenomena of creolization, to add a second narrative, whilst also acknowledging the critical contribution of the performances’ two curators, Paris based Madeleine Filippi and London based critic and correspondent Rajesh Punj; both of whom have a research interest in the mechanisms of memory and language. Together Françoise Vergès via skype, and the performance’s curators by their inclusive text, create a authoritative voice over Boclé’s performance, by virtue of their absence and his sole presence. As a consequence the artist intends to dehumanise himself by the absence of his words, focusing entirely on his endeavour to deliver a specific dish to an open audience. Intending himself to be subservient and at the service of others, whilst others determine the narrative.